I put up this little page a few years ago just for my high school classmates, and for some reason, it started coming up on the first page of search results Google when searching on the phrase "Victory Pig". It may have been because Victory Pig didn't have their own website. Now they have their own website and for a while they allowed people to have it shipped, but that is no longer the case.

If you want order a pizza, check on hours of operation, or find the location of Victory Pig Pizza in Wyoming, PA. Here is the information you're looking for:

I sometimes wondered if this web page would come to the attention of the owners of the Victory Pig.   Here's the owner's email to me when he did find out about this web page:

I have to agree with Mr. Ceccoli, the pizza recipes I've found are not as good as his.  But if you're living somewhere far, far away from Wyoming Valley and are longing for pizza that likely tastes better than what you can find at your location, the recipes below may hold you over until you have a chance to go back for a visit. 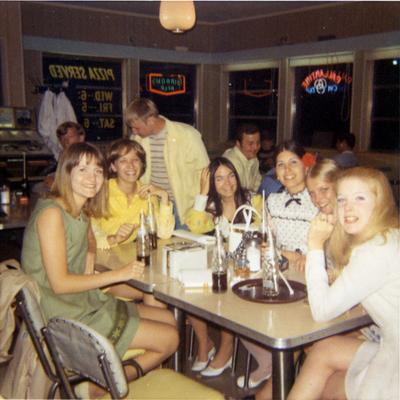 I found this recipe on a Chowhound message board a long time ago.  It's not quite the same as Victory Pig, but it's still makes good pizza.    It was posted by Shirl. S.

Victory Pig Pizza Restaurant is definitely a blast from the past. It's only open a couple evenings a week. You park your car, flash your lights and they come out to your car to serve you. (You can also eat inside if you prefer to do that.) Here is my recipe for a pizza similar to Victory Pig Pizza. It is a greasy, softdough pizza but so good!

I have found that if I put a pizza stone at the lowest level in my gas oven and use a dark jelly roll pan...it turns out great. But watch it can burn quickly. I sometimes will bake for 10 mins at the bottom then move the pan up closer to the top if the dough is getting too dark on the bottom.


Knead together until smooth. It is a soft dough. Cover and let raise for 20 mins.  Coat cookie sheet with enough of the olive oil so the dough will "fry". The pan should be well coated on bottom and up sides. Spread dough over this...not always an easy task. I find it's easier to stretch the dough off the pan, and finish it in the pan. Let raise again for 10-15 mins.  Rub top of dough lightly with more oil. Cover with half of the cheese. This is an important step...Squish the tomatoes to break them up a bit and place on top of cheese. Crushed tomatoes just don't do the job. Add onions, salt, pepper and remaining cheese.

After posting the recipe above, I got another recipe from someone who had a relative who worked at Victory Pig many years ago.  You'll have to scale it down make one pizza since the sauce and dough quantities are obviously for many pizzas. You'd probably be safe to divide the dough ingredients by a factor of 40.

It was also a challenge to stretch the dough in the pan of oil but the crust was much closer to the soft crust than when I took a rolling pin to the dough.  It turned out better than the recipe above.

Here are his instructions:

Let it rise unit it could be stretched out to fit about 2/3 of the pan, no oil on top

Sprinkle top with a palm full of salt,  lightly spoon on sauce, about one cup +

Immediately put into 450  degree F oven  turning every 2 minutes. Cook for about 4 to 8 minutes depending on oven temp, until crust was golden brown & bubbles formed all over the dough, pierce bubbles.

Slide pie out of pan, save oil in pan about half is not absorbed into dough ( this allows the pizza to be fried on bottom & baked on top)

I've had several people comment that the ovens at Victory Pig are modified so that they run hotter than a normal pizza oven, which may account for why the dough fries on the bottom without burning the cheese on top.

UPDATE 2013/11/23: Ok, so you're read down this far and it's obvious you're serious about duplicating the VP recipe. In addition to the information above, you may be interested in Johnny Kuz's YouTube video which you can watch here:

Johnny shows you step-by-step how to duplicate the recipe and I've tested it and agree he's nailed it. Although we didn't have 12" x 18" blue steel pan with 2.5" sides, we were able to find a Caphalon non-stick pan at Bed, Bath, and Beyond that was 9" x 13" x 2.5" which about 60% the size of the 12 x 18 and it worked great. We reduced the ingredients by 40%. A large pizza is too much for just the two of us if we don't want to be eating it for days on end, although, come to think of it, VP pizza does freeze pretty well... :-)