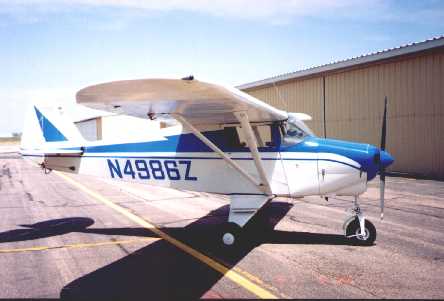 I bought this Piper Colt from its owner over the Internet in 1991. That was a long time before anybody was buying or selling on line and before the WWW was in place. I found it in a Usenet group called rec.aviation which was the only group on the Internet for aviation-related topics.

I flew it for 400 hours and then bought a LongEZ in 1996. Prior to selling the Colt, I  spent considerable time fixing up the cosmetics.  The worst part were the dingy paint and dents on the sheetmetal that was forward of the firewall.  It had suffered some sheet metal damage from a hangar door that had come loose during a tornado. I sold it to a few guys from Wilkes-Barre, PA  which is where I grew up.  It's since changed hands a few more times and the last time I checked on the FAA Database, it was in Ohio.  This plane was built in Lock Haven, PA originally sold to someone in Ohio, then it moved to PA, then back to Ohio, and then to me in PA, and then I brought it to Colorado, then to PA, then to Texas, and now it's back in Ohio.  It's changed hands 4 times since I sold it in 1997.

I will always have a soft spot in my heart for Short Wing Pipers.  If you are interested in these wonderful airplanes, I suggest you check out their excellent web page at: http://www.shortwing.org 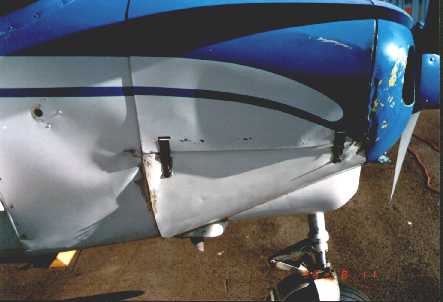 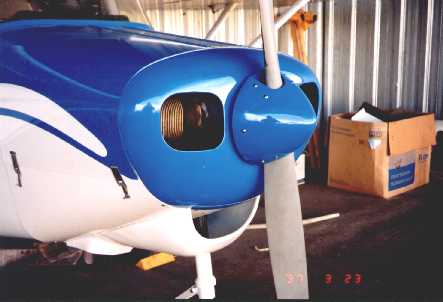 This is what it looked like after I fixed it. I got replacement upper and lower cowls from Bruce Frank who was converting a Colt into a 2+2 Sportsman. I carefully removed the dents from the nosebowl. I primered it with self-etching primer, followed by PPG DP48 Epoxy Primer. The finish paint is Stits Polyurethane.  I had also replaced the carpeting and upholstery with materials from Aerotex.  The plane looked considerably better when I sold it than any time in the 6 years I owned it.