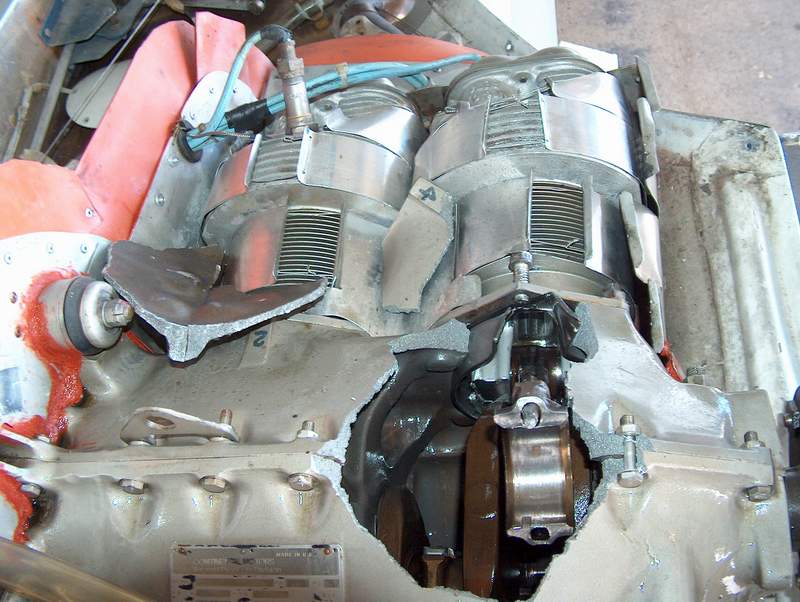 I was helping my friend, Dan, last week to put some finishing touches on his Varieze after he rebuilt its engine. The Varieze is the Rutan-designed airplane that was the predecessor to the LongEZ that I fly. Dan had the plane down for several months having the cylinders bored, honed, ported, and replacing the pistons and rings with brand new high compression pistons and rings. He also made a number of other improvements on the airframe during that time. One of the goals was to get more horsepower and with it, higher top end speed. The engine had been using a lot of oil, about a quart every hour or two, so a top-end rebuild wasn’t an option, but a necessity.

The Varieze is no slouch on top end speed to begin with and there is one highly modified version of the Varieze that regularly turns in speeds over 240 mph at the Reno air races each year. Dan had already performed the break-in procedure on the engine the previous day and test flew the airplane. We took off from Loveland, expecting to fly for about 10 minutes and land in Greeley. No sooner did we leave the ground, that I could tell that Dan’s efforts had paid off. He was a mile ahead of me in no time at all. I let him know how far ahead he had gotten and he circled around and came up along side me. He passed me like I was standing still even though I was going 160 mph at the time! His groundspeed was over 200 mph and he wasn’t even at full throttle. He pulled up into a nearly vertical climb to slow down. After leveling off with the thottle pulled way back, Dan got on the radio and said, “Lee, I have a problem”. “What kind of problem?”, I asked. “Vibration” was his answer. We were about 6 miles out from the Greeley airport and I asked him if he could make it. He told me he’d try and I told him not to worry about the radio, I’d make the calls. Luckily, no one else was landing at the time and we were able to land straight in on the east runway. It was a tense few minutes but he managed to put it on the runway safely and taxied it over to my hangar.

I pulled up behind him to see a lot of smoke rising from his cowling and oil pouring out of the bottom of the plane. It was a very good thing that we had been only a few miles from the airport. He had lost about 4 of the 5 quarts of oil in the engine due to a very large hole you can see in the photo. (You can click on the images to see larger versions.). 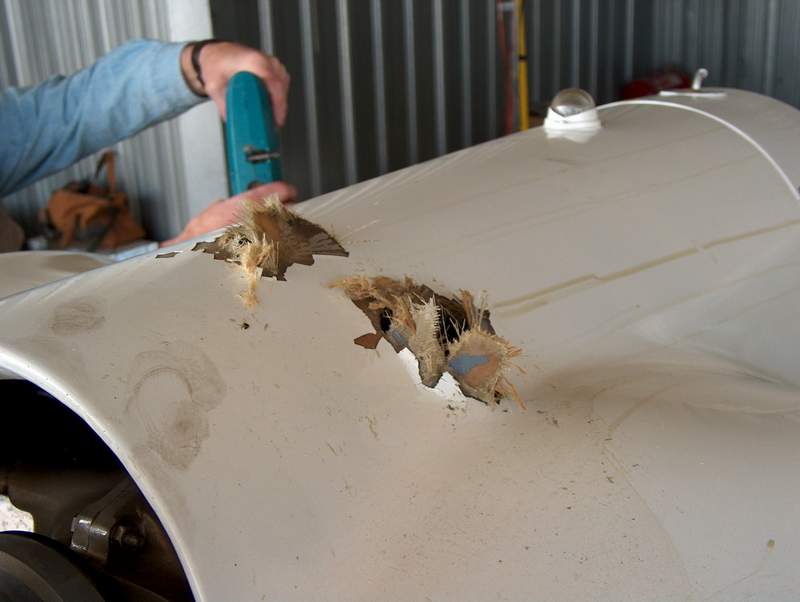 A connecting rod had come loose from the crankshaft and got knocked through the engine’s case and the engine cowling. Some of the parts that came off the engine went through the propellor and chewed it up pretty badly, but fortunately, it stayed together. Otherwise, it might not have been possible to get to the aiport. The engine was still running, albeit roughly, on three cylinders. On Saturday, we removed the wings and loaded it on a trailer for the trip back to Loveland. I expect that this time the rebuild may go a little faster, but he’ll have a lot more parts to buy. He still has to determine the root cause of the failure so that it won’t happen again.

We are very thankful that he was able to land safely and not damage the airframe or himself in the process!