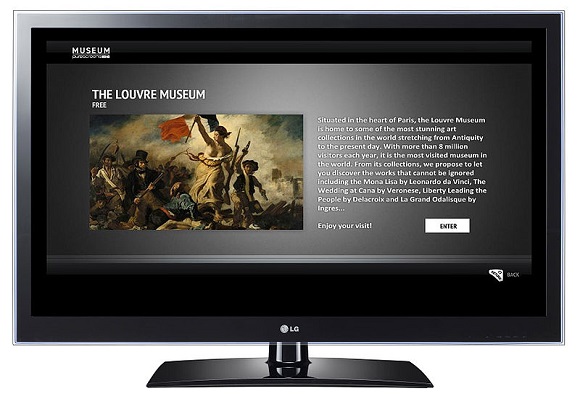 Smart TVs can stream video directly from the Internet

Should I buy a Smart TV? That’s a question that I got recently from a reader of one of my articles about fixing a Sony Wega TV. I think that even though she had gotten her HD TV back up and running, the thought of replacing it when it wasn’t working was overwhelming since there are so many TV choices available these days. You can choose from Plasma, LCD, and LED display technology and features like SmartTV, 3D, etc. And now it seems every company is offering flat screen so-called “Smart” TVs. But there is no real standard definition of what a ‘Smart TV’ is. My understanding is that it’s a TV that has a networking connection that can stream content from computers in the home or from Internet services. Streaming content from home computers is not that new, and it is still problematic since the standards don’t seem to be working all that well together, but services that stream video over the Internet like Netflix, Hulu, Amazon Instant Video and other sources are starting to catch on in a big way.


I have been experimenting with devices that connect to the TV that do some of the same things as Smart TVs for many years. These devices can all play content directly from services on the Internet or from PCs on the home network. Some even have USB ports where you can insert a thumb drive and play the music, pictures, or videos from the thumb drive. I have 5 devices under my TV that fit into this category: An Xbox 360, a Wii, a D-link DSM 520, a Sony Blu-Ray player, a Roku, and an Apple TV box.

I used to work in this area at HP, having helped to introduce one of the company’s first digital entertainment products back in 2001, and that’s one of the reasons I have so many of these ‘smart’ devices. At the time, I recognized that they would eventually find their way into every living room, it’s just taking much longer than I expected. I am not a gamer, so I rarely use the Wii or Xbox for games, but I do use them for their media streaming capabilities. These game consoles have their firmware updated automatically on a regular basis and thus they were able to add this functionality after I had purchased them. When I first got them, many of the Internet streaming services didn’t exist but they have been added with new firmware updates. There are a number of Internet video streaming services, the most well-known being Netflix. But Netflix doesn’t carry all of their available content in streaming mode. Most of the really good movies on Netflix are on their DVD rental side, which costs extra. It approximately doubles the $8 monthly cost of the Internet-only fee. But I figure it is just a matter of time before they move all of their content to the Internet streaming side, possibly charging extra for movies you’d actually want to watch like Amazon Prime does with Amazon Instant Video.

A smart device can access Internet content from a number of content providers but be aware most of these have monthly subscription fees. Some of the smart devices can access content on your PC, such as your music and photos and videos stored there. But it requires some effort to get that set up and working properly. It’s not always as easy as it sounds due to incompatible streaming protocols, digital rights issues, and media formats.

But do you really need smart capability built directly into a TV? It depends on your situation, because you can get this capability in any of a number of $100 devices such as most BluRay players. This capability is also available in the $99 AppleTV box which can stream from local and internet sources. Roku boxes cost less than $99 but are limited to internet sources, no local content can be streamed. And if you have a gaming console like a Wii or Xbox 360, you’re already likely to have the capability, even if you didn’t know it. So I wouldn’t pay more than $100 extra for a TV that has ‘smart’ capability. Granted, it may make managing the remote controls easier if the menu for accessing Internet content is built into the TV but dealing with multiple remotes is pretty typical these days. We have so many remotes on our coffee table that it takes a lot of effort to keep them all straight. 🙂

There is often a strong desire for products in this category to be WiFi enabled. However, I’ve found that having these devices connected to a wired Ethernet cable to be essential unless your Router/WiFi access point is in the same room. Streaming video requires a lot of bandwidth and is not tolerant of any delays or interference. Having a few devices in close proximity accessing a WiFi connection can be problematic because they can interfere with each other. And the last thing you want while watching a video is to see some interruption telling you it’s downloading more of the show or that you need to start over. A wired Ethernet connection can help prevent that from happening. You will need to run a cable, but once that is done, it’s a simple matter to add an Ethernet switch that can serve up to 8 devices. In addition to the 5 boxes under my TV, I also have a Comcast HD DVR which also requires an Internet connection. That’s 6 Internet connections in a very small space, so wired Ethernet connection and switch is essential to prevent interference and maximize networking performance. I do like the convenience of WiFi, but it’s really only a necessity for mobile battery-powered devices. Anything that sits stationary and is plugged into an outlet should have an Ethernet cable if it needs permanent Internet connectivity.

Another good reason to use wired Ethernet is due to the encryption key needed for wireless networks. I just had to replace my router and had to reprogram every device with a new wireless password. That’s not easy to do on devices that have no keyboard and very limited display capabilities. So far, no one has figured out a foolproof way to input WiFi passwords without a keyboard and display.

I noticed that the ‘Smart TV’ capability is often used as a way to help segregate a brand’s high end TVs and charge more for them. I am more than a bit reluctant to depend on a TV manufacturer to keep the firmware up-to-date to add new services as they come along. Game console manufacturers and companies that are making TV-streaming devices like Roku and AppleTV know that they need to keep those devices up-to-date to be competitive, but I would think that TV manufacturers may ignore that duty, just using that Internet connection as a way to reel in customers who are afraid they might miss out on something if they don’t get the most expensive TV model. Once they have you, they have little incentive to keep the Smart TV functionality up-to-date. That’s another reason I’d be concerned with having that function built into the TV. If some cool new ‘must have’ service comes along and you’re at the mercy of waiting for the TV’s manufacturer to update the TV’s firmware, you may be out of luck.

4 thoughts on “Should I Buy a Smart TV?”