To wrap things up, I wanted to provide a short chronicle what is most likely the earliest instance of hydroelectric power in Northern Colorado.

Nearly 100 years ago the Fall River hydroelectric plant was built by F.O. Stanley just northwest of Estes Park, CO. Stanley is best known for developing the Stanley Steamer automobile. Stanley came to Estes Park in 1903 at age 54 when he was suffering from tuberculosis. His doctors thought that the dry mountain air would be beneficial for him. It must have worked because F.O. Stanley went on to recover from TB and fell in love with Estes Park and decided to move there permanently. He ended up living into his 90’s and left his mark on the town. Today you can see the luxurious Stanley Hotel perched up above the north side of the town. It’s become quite a tourist attraction in its own right. One of the hotel’s most notable distinctions is that it was the inspiration for Steven King’s famous book The Shining.

The Fall River hydroelectric plant was built in 1909, the same year as the hotel, and had a Hug Water Wheel powering a 200 kW GE generator. It was initially intended just to power the hotel in the summer months but residents of the town also wanted to have electricity so Stanley agreed to sell it to them. Within a short time, the generator was no longer large enough to supply a growing population. Stanley decided to use a coal-powered steam plant at the hotel to free up some of the Fall River plant’s capacity for the town’s residents. He also replaced the penstock that was fed by Cascade Lake with a larger diameter pipe. Cascade Lake is located about a mile upstream and is 400’ higher in elevation than the plant.

In 1921, a second unit was added, a 900 HP Worthington Francis turbine powering a 680 kW GE generator which only ran from May through September when the river flow was sufficient to supply the power.

The plant was augmented with diesel generators several times and ownership was passed from Stanley to the Public Service Company and eventually to the Town of Estes Park who owns the plant today. The Lawn Lake Flood of 1982 damaged the plant and penstock and today it no longer produces any electricity but is instead run as a museum. You can read much more about its history and how to find it here.

My wife loves to gift shop up in Estes Park and I usually accompany her and follow her around from store to store as she searches for just the perfect gifts. I don’t think you’ll find a higher density of gift shops anywhere in the world than you will in Estes Park. I enjoy the scenery while traveling there and back, but next time I think I’ll take my own little side excursion during the shopping activities and tour this hydroelectric facility. 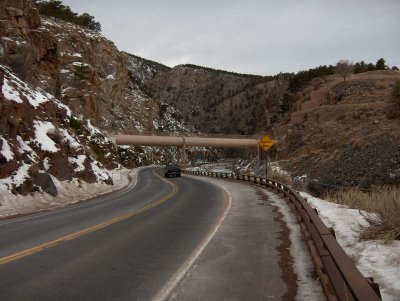 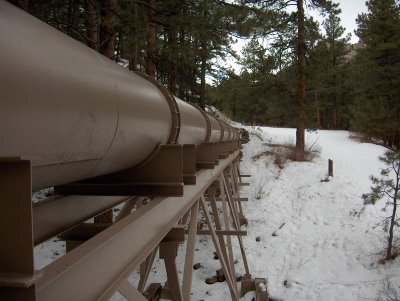