A few months ago, my friend Don showed me a picture he had of himself as a young boy along with his younger sister and older brother. Don will turn 80 this year and it appears he was about 5 in the photo, so it was about 75 years old. The photo had some damage from creases, missing areas, and a few dark spots and he wanted to get it restored but didn’t want to let go of the original since it was irreplaceable. He had an photo scanner sitting next to his computer, so I scanned in the original and emailed it to Jay Yozviak at Photography by Jay, who is the premier photographer in Northeastern Pennsylvania. I figured he’d know of a reliable service where the photo could be sent and restored to remove the defects it had accumulated over its 75 year life. You can see an image of the original photo here (you can click on images for higher resolutions versions of them): 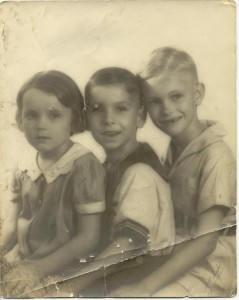 I know that Jay is very capable with PhotoShop but didn’t realize that he also does photo restoration as part of his photography business. In a few days, Jay had restored the image and sent back the results. My friend was extremely pleased with how it turned out. As you can see below, the defects are gone.

He also made up a framed version of the image in black-and-white: 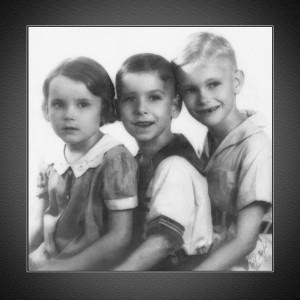 Original image converted back to black and white

If you’d like to get a quote on getting your irreplaceable photos restored to their original condition, you can contact Jay at:

If you’re curious how photo restoration is done, here’s a time-lapsed video of someone doing it on YouTube. The video is only a few minutes, but it shows about 6 hours of work: